The rain and the rhinoceros by Thomas Merton (excerpt) 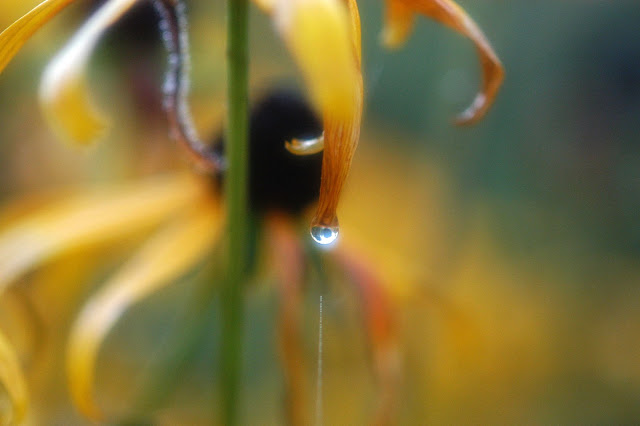 But I am also going to sleep, because here in this wilderness I have learned how to sleep again. Here I am not alien. The trees I know, the night I know, the rain I know. I close my eyes and instantly sink into the whole rainy world of which I am a part, and the world goes on with me in it, for I am not alien to it I am alien to the noises of cities, of people, to the greed of machinery that does not sleep, the hum of power that eats up the night. Where rain, sunlight and darkness are contemned, I cannot sleep. I do not trust anything that has been fabricated to replace the climate of woods or prairies. I can have no confidence in places where the air is first fouled and then cleansed, where the water is first made deadly and then made safe with other poisons. There is nothing in the world of buildings that is not fabricated, and if a tree gets in among the apartment houses by mistake it is taught to grow chemically. It is given a precise reason for existing. They put a sign on it saying it is for health, beauty, perspective; that it is for peace, for prosperity; that it was planted by the mayor’s daughter. All of this is mystification. The city itself lies on its own myth. Instead of waking up and silently existing, the city people prefer a stubborn and fabricated dream; they do not care to be a part of the night, or to be merely of the world. They have constructed a world outside the world, against the world, a world of mechanical fictions which contemn nature and seek only to use it up, thus preventing it from renewing itself and man.

The rain and the rhinoceros by Thomas Merton
Posted by Marie R. Pierce at 5:29 AM